When I signed up for the Oxford Half Marathon, I honestly thought if I follow the plan, it won’t be too difficult.  After all, I had followed the c25k app and the 10km plans.  Although there were hard points, they were achieveable and recovery was 24 hours or less.

Half marathon training is something different.  I ran 12 miles on Tuesday and it really hurt.  My Thursday interval run (on the treadmill) was awful and today my 7km race sim was no better.  I feel worn out! No sooner had I started, I wanted to stop!  It’s a constant battle.

It’s nine weeks until the race.  My training plan has another three or four 13-14 mile runs on it.  I honestly don’t know how I am going to get through it.  Right now I cannot ever see me running the full marathon I planned for my 40th year 😦

How do people do it?

I’ve been following the Marathon Man (Rob).  He is awesome!  Last week he ran for two days without sleep and covered 373.75 miles.  How, just how?  Then there is Amy.  She ran 53 marathons in 53 days.  On Wednesday she ran 53 miles in one day to celebrate the anniversary of the beginning of her challenge.  And I’m moaning about 13.1 miles.

There has got to be an answer.  Do I pick the beetroot juice back up?  Do I need more strengthening exercises?  Or could it be my ageing trainers…. 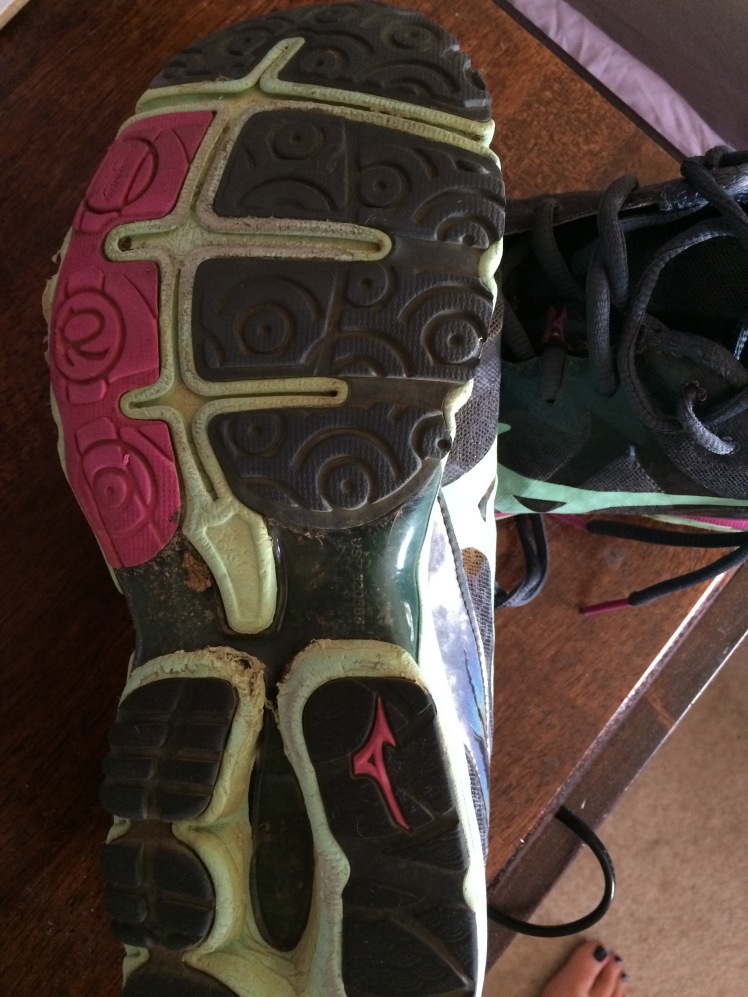 ….which are only 5 months old, but have covered 268 tarmac miles.  I’ve started to feel the stones on the balls of my feet now and my right butt muscle is complaining.  They don’t look very bald, do they?  Everything I’ve read says they should last between 300 and 500 miles, which says I need to pull my big girl pants up, do some more strength training and push through.

This quote is so true.  “If it wasn’t hard, everyone would do it.  It’s the hard that makes it great.”  Great for a brave little man who said “Make the most of what you’ve got.”  The sole reason I am running 500 miles in 2015.  The reason I’ve signed up for the Oxford Half.  To raise money and awareness of Blue Skye Thinking.  To stop children dying from the side affects of the brutal treatment of brain tumours.  To stop families like the Halls being ripped apart.  No one can change the past, but we can “make the most of what we’ve got” to make the future brighter.

Thanks Skye, yet again you’ve sorted me out!

This = ❤️ my very own #treadmill #doctor 🥰
#innerstrength really is stronger than you think!
#datenight in front of my favourite fire
5 minutes ago they were fighting, now they’re chilling out watching the football!