From the moment I secured a table for dinner at Le Manoir I couldn’t wait to go.  Having grown up in Oxfordshire, it is the one restaurant everyone aspires to go to.  Would it live up to my high expectations of it?

The events on the build up to our big night out, were increasingly upsetting and stressful, but both Keith and I were determined to forget about it all for one night and revel in feeling posh!

We arrived an hour before our booking so we could enjoy the summer evening (and a drink) in the garden.  I was quite glad I was not shown the price of a glass of champagne before I drank three glasses of it – it wouldn’t have tasted the same!

As we were relaxing and people watching in the garden we were presented with the menus.  Some how we had to decide whether we wanted the five course tasting menu, the seven course tasting menu or chose from the a’la carte menu.  It was Keith’s treat, so I allowed him to chose the five courses.  The large bowl of nuts and olives we devoured were complimentary – nice touch.

Not being a great fan of mixing my drinks, Keith chose a bottle of Meursault instead of the wine menu to match the courses – it was beautiful!

It wasn’t long after choosing the menu before we were seated in the restaurant.  We were in a small room with four other tables.  It was spacious yet homely with a lovely atmosphere.

Our waiter came around to offer us a choice of bread roll.  The choices were amazing!  Keith chose beer with walnut and a bacon roll.  Trying to be good, I chose buckwheat. 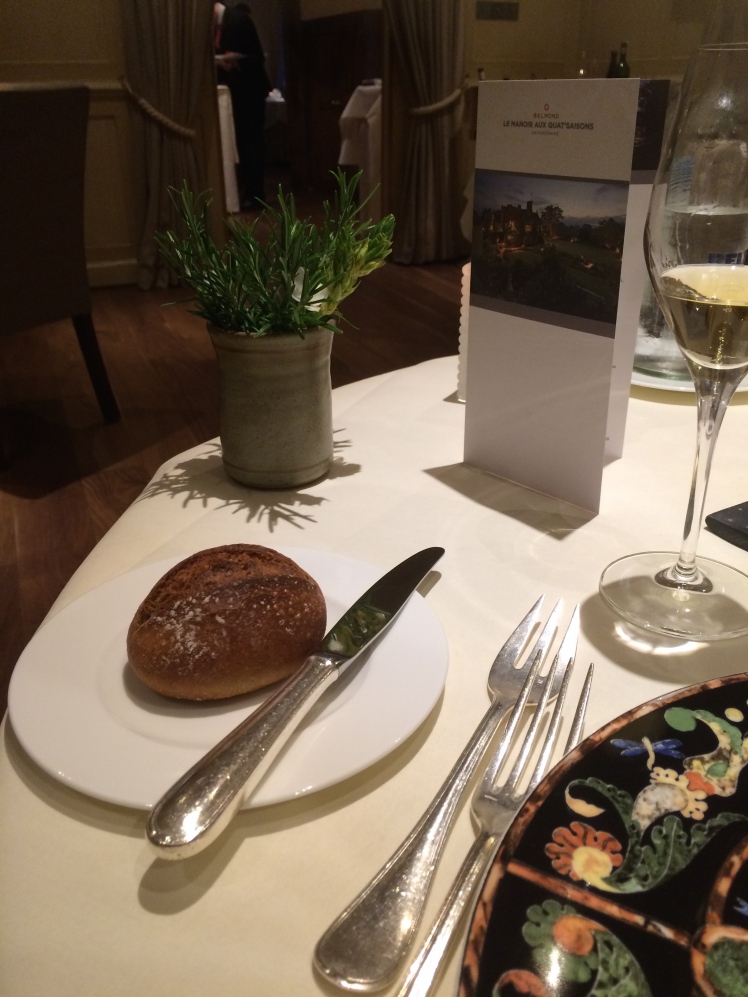 When the first course was laid in front of me, I began to wonder how on earth I would manage another four courses, they were starter size! 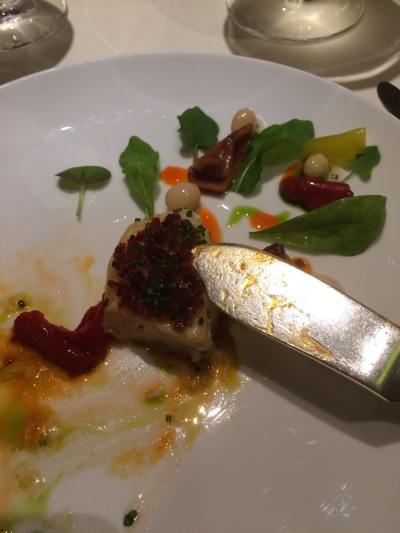 As were all the others!

By the time dessert was served, I honestly thought I would have to be rolled out.  I haven’t eaten a dessert since August 2014.  In fact, I’ve hardly had any sugar at all since then, but I was determined to eat everything. 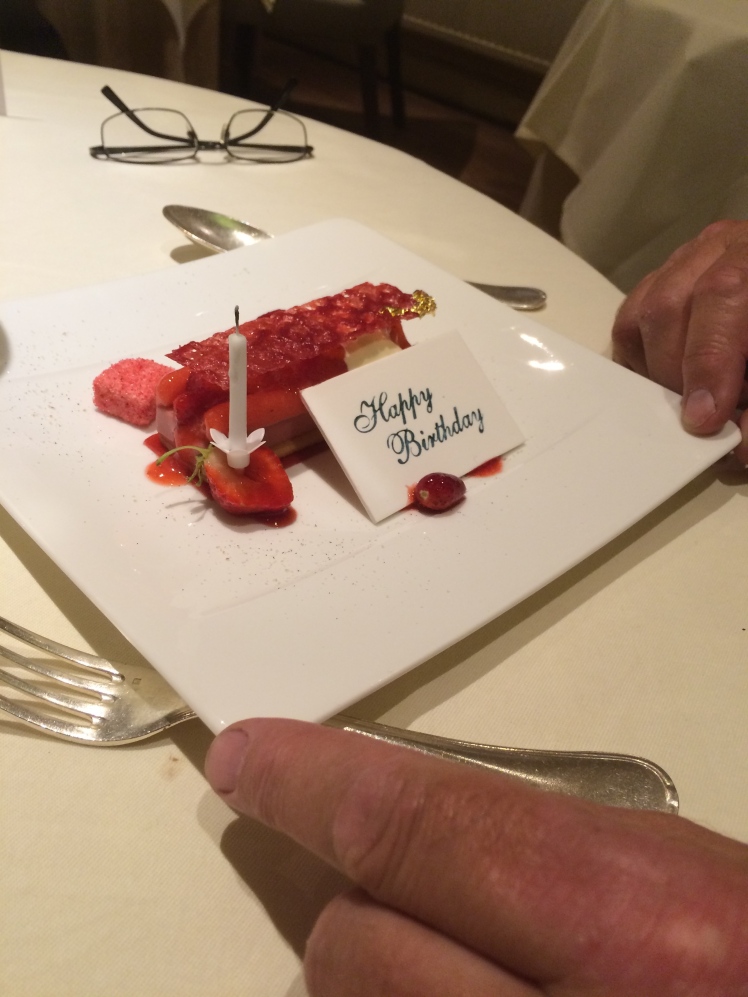 Such a lovely birthday message and finishing touch for Keith.

I was glad I was a little merry when it came to paying the bill – it was quite steep.

In all honesty, the five course tasting menu is quite good value in comparison to other fine dining restaurants we have eaten in.  The drinks are not worth the money.  Yes the wine was lovely, but it could have been a £50 bottle and tasted as good.  A bottle of water shouldn’t be £5 either.

We did have a lovely evening and the service was exceptional – well done Le Manoir!

Such a fabulous day at @nationalrunningshow Had the pleasure of supporting the incredible @julietmcgrattan and @kate_percys Met @jopavey and saw @susie_chan_ up close (although didn’t have the courage to actually speak 🙈) Listened to @pauladdicott and stocked you on @balega_uk socks 👌🏻
Happy Chinese New Year 🧧
She’s arrived! #newcar
A dear friend posted this through my door while I was on the school run this morning ❤️. Having been dreading my 16 mile run today, it has reminded me that I need to be grateful that I can run 16 miles, that I know I can do it, that I know the more positive I feel about it, the less hard it will be! Free your mind and see where it will take you ❤️. #friday #friends